The link between the Vesuvio’s clump and the Sannino’s Farm has deep roots through three centuries of history.

It’s the story of a family making a living out of farming the soil, enjoying the fruits this soil gives them back, a family who made its sense of membership and its identity to guard our tradition. He was Aniello Sannino the one who started the farming activity, an eclectic person, with a great intuition and business spirit, son of fruit sellers, runner of a little vineyard down to the Vesuvio. Since the beginning of the XX century, fostered by his young bride, Giuseppina Madonna, an educated and determined woman, begun the manufacturing of the grapes he cultivated himself, intended for the pubs and taverns of the village. 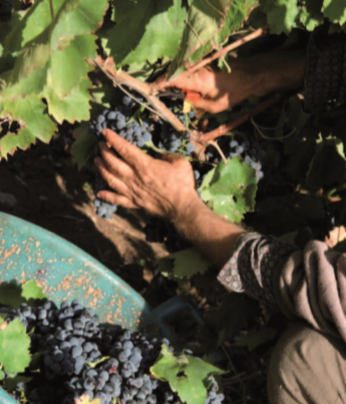 The passion and the rural knowledge, together with the acquisition of techniques and expertise of the modern experience, worked together to make Grandpa’ Aniello’s wine, strictly preserved and sold in wood barrels, one of the most requested wines among the towns of the Miglio d’Oro, of the Sorrento’s Peninsula and, soon, of Neaples itself. That was a simple world, where countrymen’s authenticity was not a hidden gift but it was enough to guarantee the goodness of a wine meant to lighten up the meals of the rising middle class, well appreciated by intellectual people and poets as well, who named, between the two great wars, the Vesuvio’s wine, kind and sparkling, “Villain Wine”.

In the early 50’s, Antonio, first son of Aniello, joining the great italian industrialization, realized the first line of bottling, contributing, through the labeling of their wine, to the rediscovering and appreciation of thousand years old vineyard almost forgotten such as the Piedirosso, the Caprettone, the Falanghina and the Aglianico of the Vesuvio. 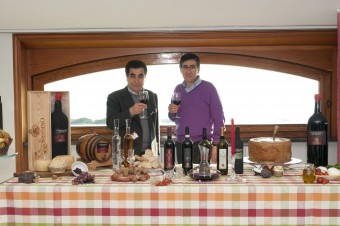 In the 70’s, the Aniello and Domenico brothers, following dad Antonio’s path and with his supervision, started a deep reorganization of the family cellar installing new vineyards, renewing winemaking and bottling furnishings, committing to competent advisors the direction of the manufacturing processes, getting, since the 80’s, the recognition of the DOC and IGT mark for the entire production.

In the early 90’s, uncle Domenico and the young Antonio, son of Aniello and heir apparent of the family, decide to export the production beyond the borders. Once the challenge is accepted, the Sannino Farm becomes, in 1996, “Azienda Vinicola Sannino S.r.L.”, ranking in few years into the national market and starting important business relationship with other European States and entering gradually the global market.